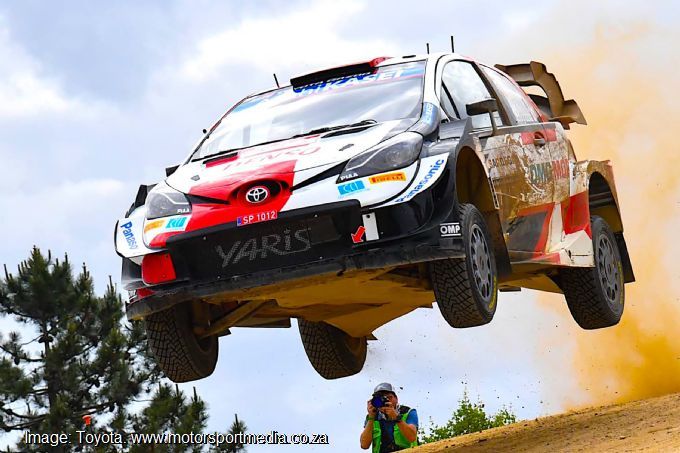 It was a Toyota Gazoo Race Week of the champions as several drivers and riders wrapped up titles on two and four wheels across the globe over the weekend. It was a particularly good weekend for Toyota though, as Sebastien Ogier and Henk Lategan added a respective World Rally and SA Cross Country Championship to Gazoo Racing’s World Endurance crown as they rounded off another triple crown for the team.

On the day that Lewis Hamilton dominated the first Qatar Grand Prix for Mercedes as he chases his eighth world title, closing down on championship leader, second on the day Max Verstappen’s Red Bull with Fernando Alonso third for Alpine, Toyota Gazoo rally heroes Sebastien Ogier and Julien Ingrassia did just that. The Toyota Yaris crew beat teammate Elfyn Evans to win Rally Monza and clinch their eighth World Rally Championship in their swansong before retiring from the sport.

Toyota Gazoo Racing’s cup flowed over when Henk Lategan and Brett Cummings stormed Parys 400 victory to clinch their third SA Production Cross Country title on the trot in their Gazoo Hilux. They were second home behind teammates Giniel de Villiers and Dennis Murphy's new DKR Hilux T1+, which did not score toward the championship. So title rivals Lance Woolridge and Elvéne Vonk’s Ford Ranger were officially second from Shameer Variawa and Danie Stassen’s Gazoo Hilux.

Jason Venter and Jaco van Aardt’s Hilux was fourth, from Special Vehicle Champions, Lance Trethewey and Adriaan Roets on their Production class debut in a Century CR6, and Eben Basson and Gerhard Schutte’s Red-Lined VK56. Wors Prinsloo and Andre Vermeulen’s Ford Ranger won Class T, Boela Botes and Jay Pretorius ’s Porter took the Specials win and Peter Walter and Shaun de Villiers' Can-Am was the only Side by Side to finish a race of attrition.

In other international action, Shane van Gisbergen took the 2021 Aussie V8 Supercar title after the final race at Sydney Motorsport Park was declared due to bad weather. Van Gisbergen had already scored a remarkable recovery drive to win a wild, damp opening race for Holden.